Drawing inspiration from Bob “Death To Flying Things” Ferguson, whose nickname is wholly unattested by any contemporary accounts. Team affiliations are not unique but represent my best guess about who they were with most of the time, and not all these careers were uninterrupted, which is important so that you know my little joke here is as intellectually honest as possible somehow.

The index dropped three points today on renewed rumors that Lisa was somehow related to legendary 19th Century baseball player Tim Keefe, which she could answer only by saying, “I dunno, I guess?” Indeed, who can truly know?

I have to start this with a bit of found-humor, and I hope you’ll forgive me for that. I was looking at the sorry state of my investment portfolio (that cheese un-slicer company was a fiasco) when I barely noticed something that looked too much like an advertisement to read. Then I thought about what it said, but I’d already clicked away from that page, so I went clicking back and forth on the site time after time until finally the ad-like structure came up again. Then I clicked past because I forgot what I was looking for, and finally stopped when I got back to this again after figuring I’d have to give up and just tell you about it. 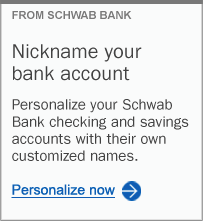 END_OF_DOCUMENT_TOKEN_TO_BE_REPLACED

I also keep up a mathematics blog, including fairly frequent columns reviewing the comic strips that've done mathematics jokes. Please consider reading that one and following it as well.

Or add to your RSS Reader!